A Short Story By Caroline Kennedy

Harry Rose had a very distinct, some would even say, “charming” character. It wouldn’t take long for anyone meeting him for the first time to come to this conclusion. I certainly knew this to be true the minute I met him. I also instinctively knew that we were destined to get along together. From the moment his lips parted revealing a single gold tooth, I warmed to him. It looked so incongruous, dwarfing as it did all his other teeth and dominating his face as soon as he opened his mouth. But it was also immediately obvious that Harry Rose was extremely proud of it.

Harry was short. I would estimate around 5 feet 4 inches in his platform cowboy boots. But, somehow, he acted as though he was tall. And there was no denying his ever-ready smile, his generous spirit and his over- enthusiastic eagerness to please.

Harry had acquired the attributes of life to be everyone’s best friend. His less endearing qualities, if I were to list them, included an awe-inspiring facility for recalling some of the most intimate details of his sexual habits and boasting about them to whoever cared to listen. His other less endearing traits were to constantly flex his custom-built biceps, lavishly illustrated by an assortment of cheaply tattooed love hearts and waving his glossily manicured fingers around despite the fact that his broad mechanic’s hands were usually encrusted with a congealed mixture of grease, nicotine, Swarfega and engine oil.

I soon found out that it didn’t take much to make Harry Rose happy. As long as people around him were happy then he, too, was cheerful. He had also acquired, (though I’m sure more by accident than design), the enviable gift of being able to say just the right thing to the right person at the right time – the thing that person most wanted to hear.

And so Harry Rose arrived at my flat one autumn afternoon looking about as immaculate as he ever could be, kitted out in a pair of form-hugging blue jeans, a crisp white T-shirt, platform cowboy boots which, in spite of their venerable age, had been buffed to a high polish and his favourite sky blue leather bomber jacket.

And through the glass doors I could make out the slightly comical, slightly distorted image of Harry Rose standing on my doorstep, nonchalantly leaning up against the door jamb, a pose both shy and cocky, squinting against the late afternoon sun, a freshly-lit cigarette dangling from his manicured fingers.

As I approached I could see him casually flicking the ash over the railings into the basement below. His studied posture and his expression of intense concentration somehow reminded me of a diminutive caricature of Marlon Brando in one of his early screen roles. That immortal moment when the actor appears on the verandah of Anna Magnani’s Mississippi shop, a drifter guitarist in search of a job, casually wearing a tight-fitting snakeskin jacket, in Tennessee William’s excellent and unforgettable melodrama, “The Fugitive Kind.”

I opened the door and there on the threshold was the real Harry Rose. It didn’t take me an instant to realize that this was West Kensington, not southern Mississippi. I was no earthy Anna Magnani simmering with volcanic passion. And there was no way on earth Harry Rose, in either looks or stature, could ever be mistaken for the brooding, young Marlon Brando, oozing sexuality and smouldering anger. Nor could Harry’s much loved, much-worn sky blue leather bomber jacket be compared in any way to the drifter guitarist’s figure-hugging snakeskin jacket.

I was about to let Harry in on my cinematic daydream but then he drew himself up to his full height on his platform heels, gripped my hand, grinned from ear to ear, his single gold tooth proudly sparkling in the evening sun and the moment and the image irrevocably evaporated.

Later I thought, perhaps I should have told him. It would almost certainly have been the very first and the very last time in Harry Rose’s life he had been compared to the unforgettable Marlon Brando! Although, knowing Harry as I do now, he would have probably thought it quite natural that a woman would mistake him for one of the twentieth century’s most enduring sex symbols.

Behind Harry stood an ageing Dodge van, recently hand-painted in a thick coat of fresh blue and white paint to cover its many dents and scratches. This, then, was Harry’s trusted vehicle that would transport him and my supplies to the refugees of Bosnia. I fervently hoped it would drive more smoothly than its battered exterior suggested.

“OK, let’s go to work then,” I said, shaking his hand. “I hope you’re prepared, Harry. There’s an awful lot of stuff.”

“Don’t you worry about me, Caroline!” Harry boasted, flexing his bulging biceps in front of my face. “These have never let me down yet!”

It took us over two hours to haul the supplies out of my apartment and into the rear of the ageing Dodge as Harry regaled me with extremely intimate and, very often, intensely crude details of his latest sexual escapades. 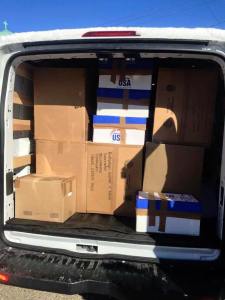 When, finally, everything was neatly stacked into the back of the van, when the helpers had slowly drifted away still chuckling from the memories of Harry’s sexual fantasies and when the Dodge was securely padlocked, I invited Harry in for some refreshment before he set off on the road.

It’s in Harry’s nature to be garrulous. More so, I discovered, after a glass or two of his favourite Merlot. He couldn’t help marvelling at the sheer amount of supplies I had not only managed to collect for the refugees in Bosnia but had also been able to squeeze inside my somewhat cramped apartment that I shared, at that time, with two of my three children.

He kept repeating, “It’s a bloody miracle, Caroline. I can’t believe it, ‘onest. I simply can’t believe just ‘ow much stuff you got in ’ere!”

He shook his head in disbelief, “And you collected it all in four weeks! Must be some kind of bloody miracle!”

He paused briefly, swallowing the last dregs of his Merlot, “Now did I tell you about Maria, this Slovakian girl I met last week?”

I shook my head. “You mentioned Anna and the tennis racquet, I think it was. And Lizzie and Angela in the shower. And Tracey and her twin sister in the garage. But Maria, no, I don’t think you told me about her, Harry.”

“Ah, the beauteous Maria,” he sighed, helping himself to another glass of Merlot. “Shall I tell you what ‘er and me did in the basement of ‘er building right beside the central ‘eating boiler?”

Harry looked distinctly disappointed. He took a long swig of his Merlot. “But you really got to ‘ear this,” he said, “turns out she was one of those er, you know, one of those, er, ladies what can twist their bodies all different ways. You know what I mean?”

“A female contortionist?” I suggested.

“Yeah, that’s it! That’s the word! She was one of those!” Harry grinned and his gold tooth sparkled, “She like turned, er, upside-down, back to front and I…” 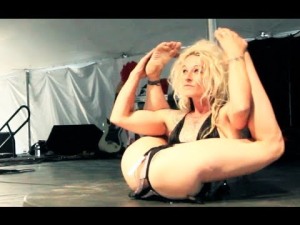 I cut him short, unwilling to visualize in minute detail exactly what transpired next between him and the beauteous Maria. “I think that’s probably all I need to hear right now, Harry,” I said.

“Well, another time then, huh?” Harry swallowed the last mouthful of Merlot.

“Another time,” I agreed.

“Well, in that case I’d better be off now!” He rose from the sofa, pulled himself up to his full height on his platform cowboy boots, smoothed down his thigh-hugging jeans, eased himself into his sky blue leather bomber jacket and reached out to shake my hand again.

“Good to meet you, Caroline.” He flashed his gold tooth and teetered towards the door on his platform cowboy boots. “Rest assured all these, er, goodies will go to, er, the poor little kiddies in Bosnia!”

It’s hard to believe what an appalling judge of character I was. For, alas, Harry Rose did, after all, turn out to be like Marlon Brando (aka Valentine “Snakeskin” Xavier) in the Tennessee Williams movie about the drifter guitarist – for Harry Rose was one of the fugitive kind.

For that was the last I ever saw of Harry Rose, his sparkling gold tooth, his platform cowboy boots, his sky blue leather bomber jacket, his lavishly illustrated biceps, his manicured fingernails, his ageing hand-painted blue and white Dodge and, most sadly of all, the charity supplies for the refugee children of Bosnia. 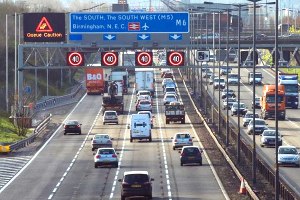 For Harry Rose simply drifted away, never to be seen again.